This is a sample article from the November 2014 issue of EEnergy Informer.

In early Oct 2014, the European Commission (EC) decided that the implicit subsidies, notably in the form of a predetermined 35-year risk-free price included in the Hinkley Point C nuclear plant construction proposal, is compatible with European Union state aid rules. That removes one among many herculean challenges facing the UK government and EDF Group who are intent to invest an estimated £16 billion ($25.7 billion) in 2008 money in a massive construction projected expected to take nearly 10 years.

EC’s approval of the agreement between EDF Group and the UK government was central to a guaranteed “strike price” of £92.50/MWh ($148/MWh) for the output of the plant over 35 years indexed to inflation with the provision that it would be reduced by £3.00/MWh if construction of the planned Sizewell plant also goes ahead. 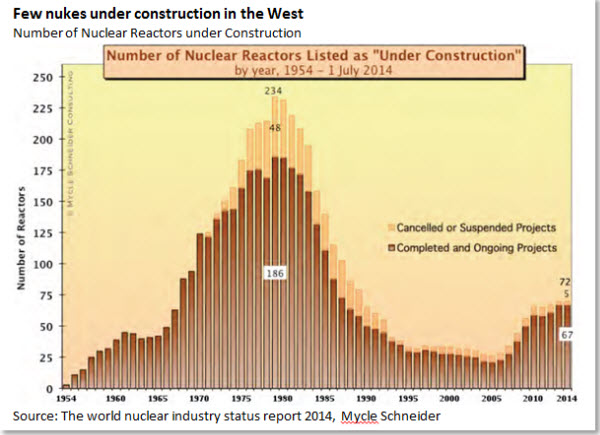 Following the announcement, EDF Energy Chief Executive Vincent de Rivaz said: “The approval of the EC demonstrates that the proposed package of agreements between the Government and EDF is fair and balanced for investors and consumers now and for the long term.”

The fixed price agreement, which by many metrics exceeds competing forms of generation, has been controversial — to say the least. More than anything else, it confirms that nuclear plants will not be undertaken by private investors without explicit and generous subsidies including price and/or loan guarantees, and/or other government/regulatory assurances that virtually shields the investors from substantial risks associated with massive capital required over long period of time before a revenue stream can be expected. 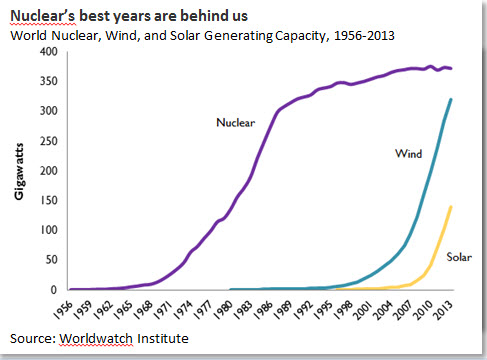 On a related matter, French state-owned Areva signed an agreement with South Africa that could potentially lead to as many as 8 new nuclear reactors to be built in the energy starved country worth upward of $50 billion.

In mid Oct 2014, French Foreign Minister Laurent Fabius and South African Tina Joematt Pettersson signed an intergovernmental agreement on co-operation in nuclear energy development, which is necessary for any commercial ventures to proceed. “Our common objective is to permit South Africa to meet its energy needs by sharing the know-how of this outstanding French sector,” according to the press release.

Coincidentally, the previous month, South Africa signed a similar agreement with Rosatom, the Russian state-owned enterprise. There had been news leaks suggesting that Rosatom had already been selected to build nuclear power stations in the country, which currently has one operating reactor. It appears that the country is pitting one eager supplier against the other — nothing wrong with that.

Heavily dependent on coal, South Africa has fallen behind in meeting its growing demand, which in turn, is impeding economic growth. Areva is keen to export its flagship third-generation European Pressurized Reactor (EPR) having suffered embarrassing construction delays and cost overruns in 2 on-going projects in France and Finland. It seems to have had better luck with several EPR projects in China.

This entry was posted in Europe, Nuclear, UK. Bookmark the permalink.